With the /poll command, you can create and run custom polls for your teams in Microsoft Teams!

Note: Only team managers and admins can run the /poll command.

You can create as many options as you want; just make sure they are surrounded by quotes and the options are separated by a space.

You can see this information at any time with:
/poll
/poll help

Here's what the command /poll create "Example Poll" "Hello" "World" will post to the channel the command is run in: 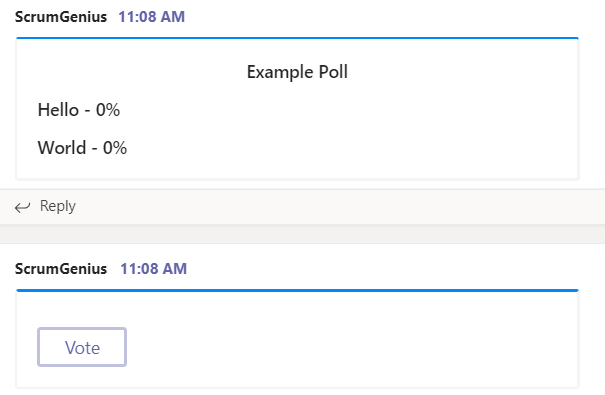 Clicking Vote will open up a choice selection where the user can select the option they want to vote for and press Submit Vote: